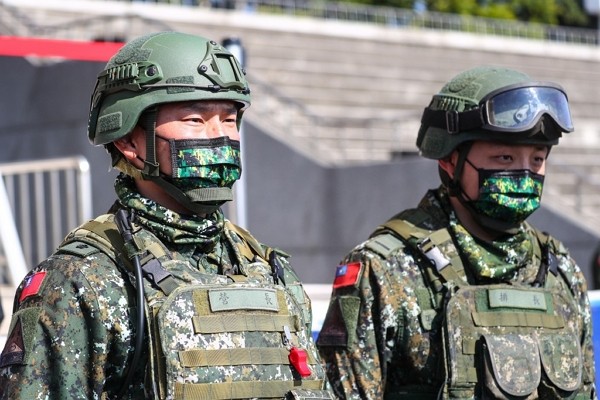 The CCP’s increasingly aggressive foreign policy toward Taiwan has also manifested in its “wolf warrior diplomacy” – blunt, threatening diplomatic rhetoric employed to intimidate other states against perceived interference in its national security and domestic affairs. Chinese Defense Ministry spokesman Wu Qian (吴谦) embodied a “wolf warrior” when justifying the PLA’s January activities in the South China Sea, stating: “We warn those ‘Taiwan independence’ elements: those who play with fire will burn themselves, and ‘Taiwan independence’ means war.”

The CCP and PLA’s escalation of threats toward Taiwan since 2020 can be traced to a few unique conditions in the arena of US-China-Taiwan affairs. First, the ever-growing success of President Tsai Ing-wen’s Democratic Progressive Party (DPP)  threatens the CCP’s ultimate goal of reunifying Taiwan with China. The dismantling of democratic freedoms and institutions in Hong Kong in 2020 and 2021 indicate that the CCP is willing to employ unprecedented levels of force to eliminate perceived threats to national security. The reunification of Taiwan has long been a top national security priority of the CCP; with Hong Kong now subjugated, Taiwan is next.

Second, the United States has taken unprecedented steps to deepen engagement with Taiwan, sparking anger among the CCP leadership. Most recently, as Secretary of State, Pompeo lifted restrictions on communication between Taiwanese and American government officials; Congress passed the Taiwan Assurance Act of 2020 deepening US-Taiwan ties; and the Biden administration signed its first agreement with Taiwan, establishing a coastguard working group to coordinate policy in response to China passing a law that allows its coastguard to fire on foreign vessels. Each action has been met with “wolf warrior” style military-might showcases and diplomatic retribution, with Chinese Foreign Ministry spokeswoman Hua Chunying (华春莹) vowing to impose sanctions on US officials for their “nasty behavior” in dealings with Taiwan.

After a series of air and naval incursions into Taiwan-administered territory, the CCP published a fiery article on April 9th provoking further concerns of a Chinese invasion. They threatened that the PLA exercises “are not only warnings, but also show real capabilities and pragmatically practicing reunifying the island, if it comes to that,” Taiwan’s military “won’t stand a chance” if China chose to invade and that the people of Taiwan are “dashing into a war that they cannot win.”

President Biden must take bold steps to quell the CCP and PLA’s wolf warrior tendencies, de-escalate tensions, and minimize the potential for military conflict in the Taiwan Strait. To achieve all of this, the United States must declare a No First Use (NFU) military force policy in its relationship with China. This would assert that the sole purpose of US military force against China would be to deter, and, if necessary, respond, to China’s use of force against the United States or its allies and partners. For the United States, retaining its current option to use military force first is unnecessary and dangerous to all parties involved.

Currently, without a NFU policy, the threat of preemptive US military, and even nuclear, aggression is always a possibility in the eyes of Chinese leaders, further fueling their paranoia and justifying subsequent intimidation tactics. As Morton Halperin at the Institute for Defense Analyses argued that in a crisis, “Chinese leaders might come to believe that the United States might attempt a disarming strike, forcing them, in turn, to contemplate acting preemptively.”

A public declaration of a NFU policy would reaffirm the US’s commitment to the peaceful resolution of cross-strait issues and signal the Biden administration’s careful, responsible approach to the use of military force. Not to mention, adopting a NFU policy would make the CCP’s wolf warrior diplomacy and PLA military aggression look unreasonable and irresponsible in comparison, further isolating and embarrassing the CCP on the world stage.

A new crisis is brewing in US-China-Taiwan relations and military escalation may be on the brink if the United States does not take steps to ease tensions. Declaring a No First Use Policy with China would not only achieve these goals but also make significant advancements towards international cooperation and peace.

Grace Faerber (冯思思) is a first-year M.A. in International Studies student at the Hopkin-Nanjing Center (HNC), concentrating in International Politics and minoring in China Studies. As a Boren Fellow, Grace is currently located in Taiwan pursuing Mandarin study at National Taiwan University. The driving interest behind Grace’s academic pursuits and professional ambitions is in US-China-Taiwan relations. She currently serves as an online editor for the CSR Blog. Grace completed her undergraduate studies at the University of Arizona, where she worked as a Marketing Writer and Editor for the University Recreation Center. In 2019, She interned at the U.S. Agency for International Development and at the U.S. Senate. Grace is highly proficient in Mandarin Chinese and has been studying the language for over ten years.