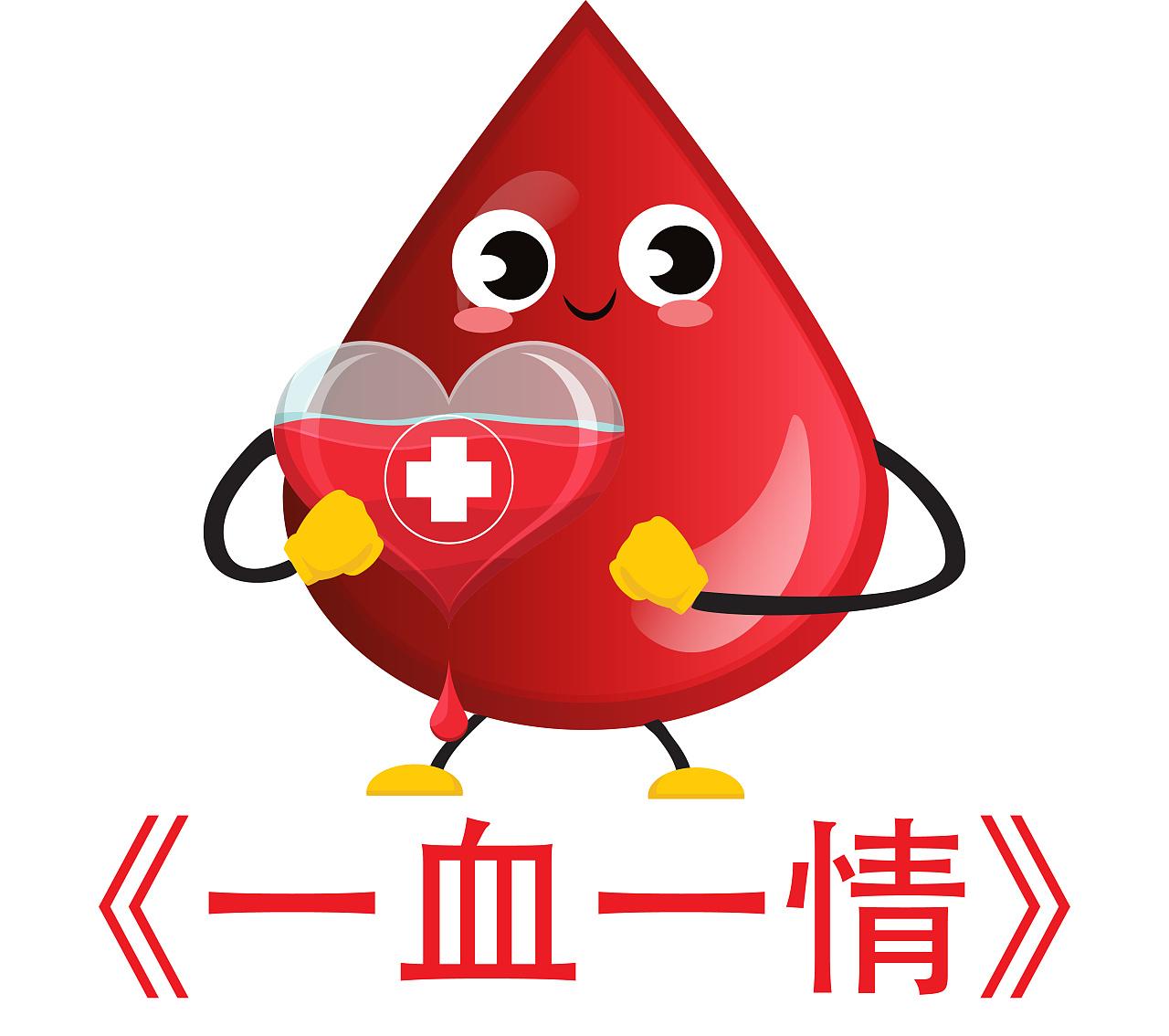 China’s blood shortage is not a new topic in public health discussions, but the COVID-19 pandemic highlighted this unsolved problem once again.

As the nationwide lockdown began in the first half of 2020, the vast majority of cities faced a severe blood shortage compared to previous years. It was reported from Caixin News that LiuJiang, the director of the Beijing Red Cross Blood Center, said the amount of blood that was voluntarily donated from late January to early February was not even 6 percent of that donated in 2019. Liang Huaqing, the vice director of Guangzhou Blood Center, claimed that even though society had been normal since July, the number of persons donating blood still decreased by approximately 20 percent from the previous year. Due to blood being in short supply at the beginning of the pandemic, many patients with hemopathy were at a high risk of death because they could not receive blood transfusions immediately. To illustrate, Fang Ning, an 11-year-old girl from Anhui province, was diagnosed with acute lymphoblastic leukemia in September 2019. In order to get better treatment, she was later sent to a hospital in Beijing, but unfortunately, the pandemic happened soon after she arrived. Because of the severe blood shortage in the early days, she received the transfusion of thrombocytes only after a long, anxious wait, although in some moments, the number of her blood platelets fell to nearly seven units. Unfortunately, the tragedy did not only happen to her. In the meantime, the central government realized the seriousness of the nationwide blood shortage. On March 1st, the Joint Prevention and Control Mechanism Coping with the COVID-19 of the State Council issued a notification about bolstering the blood supply during the pandemic to solve this increasingly concerning problem.

The blood shortage crisis first emerged in 2010 before COVID-19 existed. Dating back to 2010, Kunming, Chongqing, Lanzhou, Nanning, Taiyuan, Urumqi, and other capital cities encountered blood shortages at nearly the same time. It was not as coincidental as it looked; instead, the crisis was rooted in China’s blood supply system. Since the enactment of the 1998 Blood Donation Law, which stipulates that the blood which is voluntarily donated must be used for the clinic therapeutics, Chinese hospitals have gradually received over 90 percent of blood used in treatment from voluntary, non-remunerated donors. However, alongside it was a relatively low ratio of whole blood donations per 1000 people. A report published in 2012 by the National Health Commission of the PRC mentioned that the rate of blood donors across the entire population of the mainland of China was only 9 percent, compared with the corresponding figure of 45.4 percent in high-income countries. The WHO proposed that only when the figure reaches 10 percent-30 percent can the basic need for blood be met in a state. Meanwhile, the demand for clinic blood in China is growing at a rapid speed. Since 2012, the Chinese government has not published any data about the percentage of blood donors in the whole population. However, we can still deduce from the news about the family/replacement donation, one type of blood donation, that the blood shortage crisis still exists to differing degrees.

Why does the rate of blood donation in the whole population remain comparatively low in China? Some would argue that it is the consequence of the blood supply system itself: the incentive of the voluntary non-remunerated blood donation is based on the altruism of human nature, while the paid blood donation is motivated by the pursuit of profit. Currently, the blood shortage indicates that China does not have a large enough number of altruistic citizens who are willing to donate blood voluntarily; therefore, China should implement a new policy that allows both paid blood donation and voluntary non-remunerated blood donation to incentivize people. This argument seems to make some sense but has a fatal weakness: people would mostly select the former when facing a choice between a paid donation and an unpaid donation, and then there would be virtually no place for the voluntary non-remunerated blood donation. And under the paid blood donation, some donors would likely be inclined to hide their actual physical condition or may be unclear about their health when donating. Even though China now has an advanced detecting technique, it can still not detect viruses if infectors were in the window phase; for example, the window phase of HIV is approximately four to six weeks using the current technology of HIV antibodies assay. However, the storage time of whole blood is roughly thirty-five days, and the time for thrombocyte is far shorter, being only about five days; hence, the virus may not be detected in the donor’s blood if they were recently infected.

In the late 1990s, illegal blood trading caused the massive spread of HIV among innocent farmers in Henan, Hebei, Anhui, Shandong, Hubei, Shanxi, and Shannxi. Even though the central government has taken a series of strong measures to prosecute illegal blood deals since the enactment of the Blood Donation Law and nearly eliminated the black market of blood trading after several years, there are still reports about blood contamination. On February 5th, 2019, the National Health Commission announced that the Shanghai Xinxing Pharmaceutical Holding Plc reportedly found positive HIV antibodies in its blood product pH4, whose main component, blood plasma, originally comes from paid blood donors. Additionally, the National Health Commission took strong measures to cancel the family/replacement across the whole country except for a few remote regions, which was because the family/replacement led to another form of blood trading emerged again. And the relevant data demonstrates that the percentage of positive infectious indicators in blood collected by way of family/replacement is more than those collected through voluntary non-remunerated blood donation.

Obviously, it is unreasonable to let paid blood donation come back to the stage, so the solutions to the blood shortage should be considered from the perspective of improving the efficiency of blood usage and increasing the amount of voluntary blood donations. Research from scholars Yu Chengpu and Jing Jun concluded that the number of inappropriate blood transfusion cases in China makes up about 40 percent of the total, which illustrates a particularly serious waste in clinical blood usage. Therefore, it is significant for China to perform blood transfusions under evidence-based guidelines and regularly carry out transfusion audits.

The low incentives for Chinese citizens to voluntarily donate blood is another key factor, partly because they have misconceptions about blood donation. Currently, a prevalent view is based on traditional Chinese medical theory refers to blood not in the anatomical sense but in the philosophical sense. Thus, to maintain your health, you cannot lose even one drop. Of course, it does not make any sense; modern evidence-based medicine has demonstrated that donating a certain amount of blood once in a specific time frame will not hurt an average person’s health. A noteworthy thing is, in the 1990s, when blood trading was out of control in China’s countryside, the culturally conservative farmers would sell their blood without any scruple, which might imply traditional views can be altered when interfered with. I can also speculate that now people are reluctant to donate blood, possibly out of the fear of the previous blood contamination event in Henan province.

Since humans’ behaviors and ideas can be changed by external forces and the social system they are in, the government should be responsible for promoting citizens to voluntarily donate blood. Blood giving is a purely altruistic behavior and relies on citizens’ sense of responsibility, and the development of civil society can help foster a group of selfless citizens. In terms of encouraging voluntary non-remunerated blood donation, what the Chinese government has done is far from enough. It seems that the government tends to use material rewards as the primary way to encourage people but ignores the most critical driver: civic consciousness. Furthermore, the government has not created a perfect scheme to educate the Chinese on how to be a qualified citizen. The pandemic highlighted the blood shortage again, and it demonstrated that China has taken a series of emergency measures that can also be applied in the future to support the blood supply. But, in the long run, creating an institution that can foster a vast number of altruistic citizens is always a top priority.

Liu Zhuoran is a certificate student at the Johns Hopkins University-Nanjing University Center for Chinese and American Studies (HNC), concentrating in International Politics. Prior to his studies at HNC, he was a B.A. student at Anhui University, majoring in Chinese Language and Literature. He has a strong motivation to record details of Chinese society, and reveal the individual stories covered by power discourses.