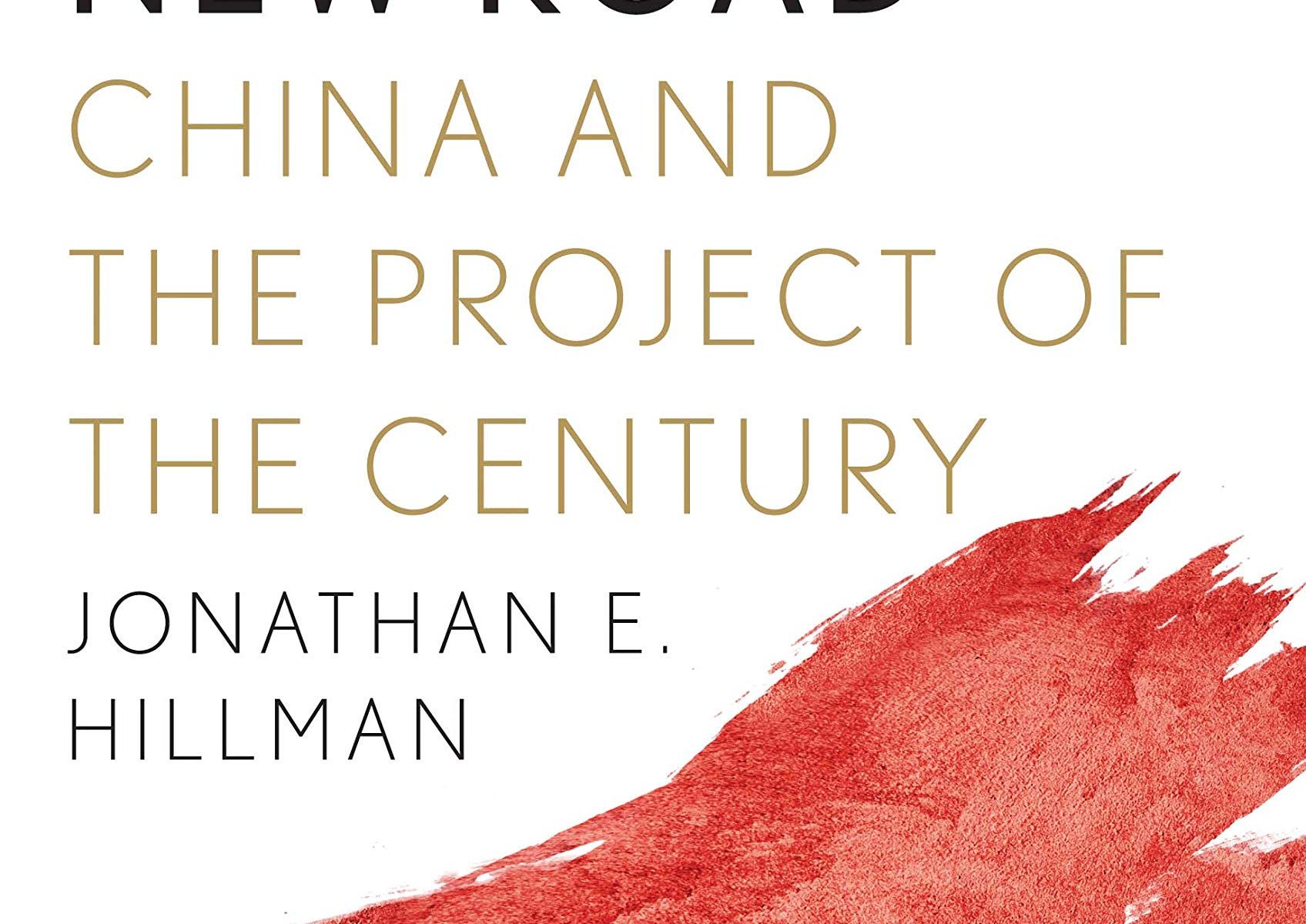 Jonathan Hillman’s The Emperor’s New Road: China and the Project of the Century (Yale University Press, September, 2020) catalogues the difficulties faced by the Belt and Road Initiative (BRI) as well as the problems it creates.

Hillman’s brief introductory chapter describes the sheer scale of the BRI, and lays out his two main claims: the BRI is vaguely defined and disorganized; and BRI projects often serve to enhance China’s political prestige. The second chapter uses historical examples to outline the ability of infrastructure projects to intensify great power competition and extend imperialism. The Suez canal intensified competition between the British and French while bringing little economic benefit to Egypt. The construction of the US transcontinental railroad was plagued by corruption, quality concerns, and overinvestment. The British Empire’s buildout of a telegraph network which helped them defeat Germany in WWI but also made it easier for nationalist movements in its colonies to coordinate. Hillman uses these cases to illustrate the hypocrisy of Western critics of the BRI. He points out that China is not the first power to employ development finance to extend imperialism, to suffer from corruption and quality concerns, or to use foreign aid as a tool of national security. Hillman concludes the chapter by recommending that China should learn from the past experiences of the West to make the BRI more equitable and high-quality.

Chapters 3 through 9 describe the specific challenges faced by the BRI in various regions of the world, beginning in Central Asia. Hillman’s portrayal of the BRI in Central Asia in Chapter 3 focuses on China’s land transportation projects in the region. He posits that these projects are mostly unprofitable and that their main purpose is to improve bilateral relations. BRI projects in Central Asia suffer from acute local corruption that is compounded by the nature of the projects – large infrastructure projects are easy to skim from, and construction is one of the most corrupt sectors globally. Widespread corruption associated with BRI projects is generating resentment towards China in Central Asian countries. Hillman notes that while China’s stake in the region is mainly economic, its security interest in the region is growing as its crackdown on ethnic Uyghurs in neighboring Xinjiang province escalates.

Chapter 4 covers Russia and focuses on the intersection of the BRI with Russia’s regional economic initiative, the Eurasian Economic Union (EAEU). Evidently, the EAEU brings little economic benefit to its member nations and is mostly an instrument of Russian politics. Hillman is pessimistic about the potential for harmonization between the BRI and the EAEU because both programs are designed to elevate one state (China and Russia respectively) rather than to foster cooperation. Hillman claims that the area of greatest cooperation between Russia and China is in oil pipeline construction.  However, he notes that Sino-Russian joint development of oil pipelines advantages China since China has more oil suppliers than Russia has oil customers. Hillman claims this is representative of Sino-Russian economic cooperation in that both sides benefit, but that China benefits more due to its large and diverse economy.

Chapter 5 describes China’s efforts to gain an economic foothold in Central and Eastern Europe through select infrastructure projects and bilateral pressure. The Belgrade-Budapest railway is one of the largest BRI projects in Europe and has helped China make inroads with Hungary (an EU member) and Serbia (a likely future member), even as the railway’s traffic volume and profitability have fallen short of expectations. China’s purchase of Piraeus Port in Greece has been the BRI’s greatest commercial success. However, there are worries about a smuggling network being run through the port, and its Chinese management is dealing with tension between plans to automate operations and pressure from local labor interests. China avowedly coordinates its investments in Central and Eastern Europe through the 17+1 forum, but the organization’s main function is to help China make more bilateral deals with individual nations. Hillman finds that China’s two main goals for the BRI in Europe are to erode EU consensus on issues like human rights and trade policy, and to familiarize Chinese companies with EU regulations so they can be more competitive in the future.

Chapter 6 looks at the ongoing competition between China and Japan to finance economic development in Southeast Asia. Japan’s development finance blitz in the 1970s and 80s suffered from host-country corruption that slowed down construction and quality problems that damaged the reputation of Japanese-funded projects. China’s BRI faces similar problems today. Indeed, Chinese officials have studied Japan’s foreign development policies extensively. Hillman argues that, rather than being bullied by the much larger and wealthier China and Japan, Southeast Asian nations have been able to play the two states off of each other to get competing offers and better deals. In one instance, China won a competition with Japan to finance a railway between Jakarta and Bandong in Indonesia. However, China’s other development partners in Southeast Asia used the low borrowing rates of this deal to renegotiate the terms of their own Chinese-financed development projects .He also notes that, while politicians in Southeast Asia often oppose the BRI during their campaigns, they nearly all participate in the initiative once they are in office.

Chapter 7 evaluates the BRI’s flagship project, the China-Pakistan Economic Corridor (CPEC). Hillman finds that CPEC will do little to promote connectivity within Pakistan and believes that its largest projects are politically motivated, unprofitable ventures. The Karakorum Highway that connects China and Pakistan was built with Chinese aid for strategic reasons. The highway helps Pakistan cement control of its portion of Kashmir and provides access to China for arms shipments in the event of war with India, and gives China a new supply line as tensions rise with the U.S. and its allies in the Western Pacific. The highway’s construction was plagued by delays, equipment failures, and quality concerns, and its commercial prospects are uncertain. China has agreed to develop Gwadar port in Pakistan’s restive Baluchistan province. This will help Pakistan by providing economic opportunity to the underdeveloped province. However, the port is unlikely to receive much traffic when it is finished because existing ports are well-below capacity. Its weak commercial outlook has stoked speculation that it will be used as a Chinese naval base. China’s increasing involvement in Pakistan has spurred mutual misgivings, as Pakistan resents the clear favoritism towards Chinese companies in CPEC projects, and China is frustrated by endemic corruption in Pakistan.

Chapter 8 briefly describes the circumstances behind China’s takeover of the Hambantota port in Sri Lanka. The port’s development was originally proposed by Mahinda Rajapaksa, a Sri Lankan politician from the Hambantota area. The project helped catapult him to the Prime Minister-ship. Only cursory feasibility studies were completed prior to construction, and it turned out that there was little to no existing demand for a new port in Sri Lanka. Sri Lanka was unable to repay the Chinese loans used to finance the project because Rajapaksa had expended the country’s credit on several other expensive pet projects, and Chinese officials took ownership of the port in 2017. Hillman concludes that the Hambantota takeover is evidence, not of aggressive debt diplomacy, but of an utter lack of planning on the part of both Sri Lankan and Chinese officials.

Chapter 9 outlines China’s forays into East Africa. Hillman points out how infrastructure was used to carve up Africa in the 1800s and speculates that China could do the same today. Djibouti is a major landing point in China’s planned undersea fiber-optic network called the Pakistan and East Africa Connecting Europe (PEACE) project that would connect the eponymous regions. Some worry that China’s influence over this project could afford it privileged access to East Africa’s telecommunications network. Relations with Ethiopia are especially important to China because of Ethiopia’s prestige among its African peers as a country that has never been colonized.  Beginning in 2013, China helped finance and construct an updated telecommunications network for Ethiopia’s state-owned telecom monopoly. The new network is a lifeline for Ethiopia’s repressive regime, which continues to reap monopoly profits, and provides China with a large export market since its companies are the sole suppliers of equipment and technical expertise. In Kenya, China is financing an expensive new railway, when upgrading the existing railway would have been 15 times cheaper. Hillman believes this project was undertaken to increase the popularity of the Kenyan regime while simultaneously making it more reliant on China.

Hillman’s concluding chapter focuses on efforts to reform the BRI, or in the words of Xi Jinping, to “refine the blueprint.” A flurry of environmental and social initiatives have been proposed, but Hillman is pessimistic about their likely impact. The various agencies responsible for BRI implementation are fragmented and have divergent interests. For example, the Ministry of Commerce, which prioritizes profitability, may disagree with the Ministry of Foreign Affairs, which prioritizes political concerns. Often, Chinese state-owned enterprises have more influence on the ground than Chinese government officials do, and their goals do not always align. Furthermore, some of China’s domestic policies directly contradict the stated aims of the BRI. For instance, China’s crackdown in Xinjiang province impedes its efforts to connect the region with Central Asia. Looking ahead, Hillman identifies two major challenges for the BRI in the future: reputational risk and economic sustainability. The BRI’s focus on bilateral deal making means that China may bear more of the blame for failed projects than it would have under a multilateral framework. With regards to the project’s economic sustainability, Hillman points to China’s rapidly dwindling foreign exchange reserves and slowing pace of project announcements as signs that the BRI’s investment spree may not continue forever. He predicts a reorientation from expensive traditional infrastructure projects towards comparatively cheap “digital silk road” projects like fiber optic networks and 5G.

I thought The Emperor’s New Road  was useful in that it dispels some of the more alarmist theories surrounding the BRI, like the idea that it is purely an effort to seize future military bases through so-called ‘debt diplomacy’. One of Hillman’s main points was that the BRI is disorganized and mostly political in nature. While I absolutely took this sentiment to heart, I suspect he cherry-picked his cases somewhat. I do believe that many BRI projects are unprofitable, but every single one of his examples (with the exception of Piraeus Port) was a commercially nonviable project. The truth is more likely in the middle. Hillman hinted at the diverse interests of the many actors involved in the BRI, yet neglected to provide concrete examples of how these differing interests manifest in BRI projects. If, as he asserts in Chapter 10, the economically-minded Ministry of Commerce is the most powerful agency responsible for BRI implementation, why are so many projects unprofitable?

Where the book really shined was in his excellent use of historical cases to show that China’s activities abroad follow in the infamous footsteps of history. Prior imperial infrastructure projects like American westward expansion, the British Empire, etc. show that China’s contemporary development finance blitz is not especially evil or corrupt by historical standards. I recommend this book to students of China’s foreign policy for the excellent context it lends to the BRI.

Jacob is a first year M.A. student at SAIS and is concentrating in China Studies. His primary interests are U.S. relations with China as well as China’s relations with other nations. Besides these subjects, he is an enthusiastic follower of renewable energy, electrified transportation, and climate policy. Jacob plans on working to develop nuanced and effective U.S. policy towards China to achieve goals in national security, climate policy, and other areas. In his free time, Jacob enjoys playing strategy board games and reading science fiction.